The collision between Young Stribling's motorcycle and Mr. R. V. Johnson's car sent "Strib" airborne, somersaulting onto his back and off the side of the highway leading to Macon, Ga. Stribling's right leg pointed toward a ditch while his left foot hung on to the rest only through the strength of a tendon and some skin.

Usually Stribling hurtled down that highway at breakneck speeds, but not on October 1, 1933; his wife Clara gave birth to their son two weeks earlier and awaited Stribling at the hospital for a visit. While en route he slowed down to greet pal Roy Barrow, who was driving the opposite direction, and the car following his friend attempted to pass without seeing Stribling, crushing his leg at about the ankle.

"Well, kid," Stribling shakily told Barrow, "I guess it means there will be no more roadwork."

Archie Moore, the light heavyweight king who ruled for most of the 1950s, once said of bantamweight Manuel Ortiz, “He had his weaknesses, but don’t we all?”

In 1943, about one year into Ortiz’s reign at bantamweight, his only weakness appeared to be a slow-warming motor. From the time he defeated Lou Salica for bantam laurels in August of 1942 to his October of 1946 loss to Carlos Chavez, Ortiz fought 38 times, winning all but one: a loss to a bigger and slicker future featherweight ruler Willie Pep.


Most boxing fans should be familiar with the term "crossroads fight." For those who aren't familiar, a crossroads fight is defined as one where the career trajectory of both men seem to be divergent. Bouts where youngsters face veterans often fit the description.

In those match ups, it sometimes happens that the guy supposedly fated to win and move on actually loses, suffering a setback that affects his career in one way or another. 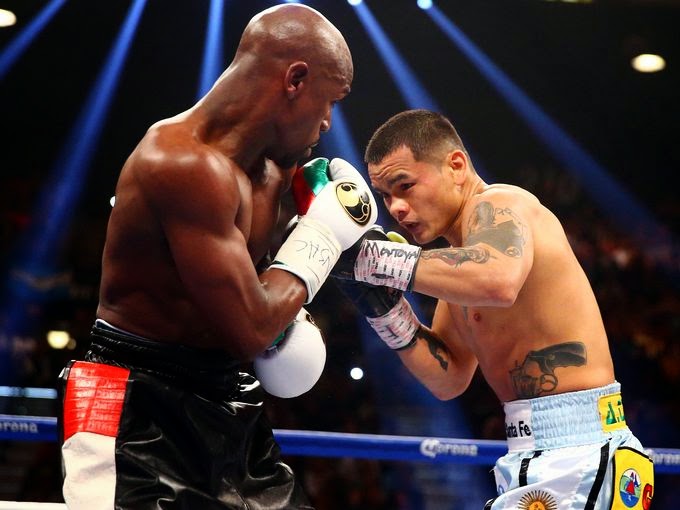 Though that might seem like that’s the set up to one of the most mind- and/or gender-bending joke in the universe, it actually happened the other night. Let the reality of that sink in for a moment. 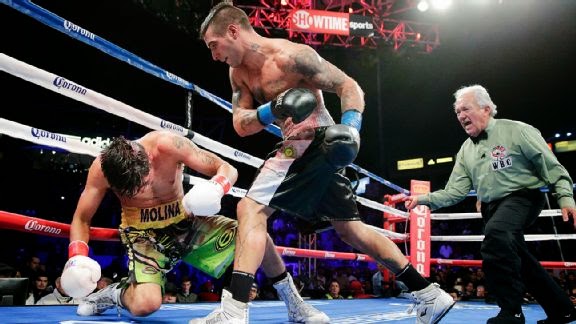 That image attached to the article is of Lucas Matthysse sledgehammering John Molina, courtesy of Jae C. Hong/AP, and probably depicts what happens when two men enter a boxing ring under “Loser doesn’t get to listen to TQBR Radio this coming week” rules. It gets brutal, because the show is in high demand…among bloggers.


Many of the greatest fighters in history had some sort of rival or antithesis that helped define their careers. Obvious examples would be Muhammad Ali having his Joe Frazier, or Tony Zale his Rocky Graziano. The list goes on.

Why, though, are there pairs of men who faced each other numerous times without any sort of higher meaning being assigned to their interactions?

That said, if one was unlucky enough to have to measure guts against Harry Greb in a ring multiple times, there was a good chance he would only manage one win. Tommy Gibbons, Battling Levinsky, Billy Miske, Soldier Bartfield, Gene Tunney and more had, at a minimum, a terrible time simply sticking around in the same ring as Greb. Getting a legitimate win over the man was rare enough that it could be a cause for celebration.

Loughran's only official win against Greb in six total bouts happened on October 11, 1923. Call it a personal holiday of sorts. 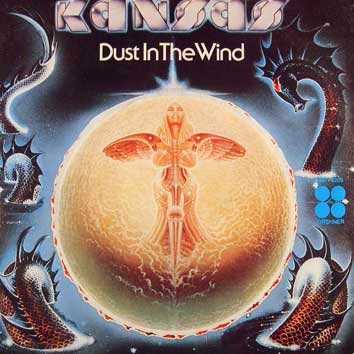 If Bernard Hopkins were to go parasailing, we imagine him floating about to the tune of Kansas’ “Dust in the Wind.” Because he’s old. …because that’s what everyone wants to talk about when he fights.

But thankfully us boxing fans seem to be barreling into a period of unrest for the sport, in a good way. There’s a bit of a potential groove coming up, so let’s all pretend to be Stella and get it back.