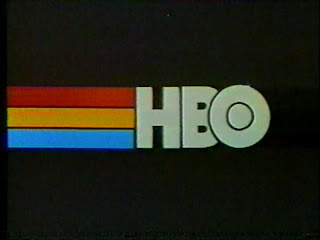 Business relationships are all about coming to a mutually beneficial understanding - the old quid pro quo, as it were.


And the business of boxing is making gymnasts out of fighters - that is, having them bend every which way to get screwed by any means possible.


A novel concept this is not. Boxers by nature are rarely the most intelligent (or even cunning) mind in the equation; when they are, they're superstars that are the exception, not the rule. Over the long haul, the non-combatants have reaped more consistent rewards than the guys lacing up the leather.


But the advent of television altered the way money flows through the sport.


Even over 100 years ago, Jack Johnson and Stan Ketchel negotiated their way to a 40% cut of television/motion picture money that flowed in as a result of their infamous cakewalk gone awry.


Much more recently, in the 1973, a new player rolled up to boxing's doorstep: Home Box Office.

Until television - and to a lesser extent radio - connected just about everyone within reach of antennae, a fight's influence was limited by the ability of a manager or "promoter" to draw local interest.

It's not that some fights weren't events, but you may have been lucky to read a paragraph or two in the newspaper about the average fight you didn't see or hear.

But in the last nearly 40 years in particular, HBO has become perhaps the single most influential entity in the boxing world, and probably to a fault.

HBO Sports emerged in the mid-70's through involvement with events like Ali-Foreman and Ali-Frazier III, and its mark continued through the 80's, featuring battles like Pryor-Arguello I and Holmes-Cooney, not to mention one of the greatest 3-round fights of all time, Hagler-Hearns.

Still, television networks ruled the roost - until a merger between HBO and Time Warner gave former HBO Sports president Seth Abraham more leeway to guide HBO to a point where its name would become synonymous with quality boxing programming. Attractions like Mike Tyson and Ray Leonard helped reinforce the notion that HBO was a force to be reckoned with in the sport of boxing, as did their "Boxing After Dark" series in the mid-90's.

In the late 90's and early 2000's, two things happened to HBO Sports: Seth Abraham left to pursue a position at Madison Square Garden, and HBO executive producer Ross Greenburg was hired; and HBO began handing out questionable contracts to guys like Roy Jones that guaranteed minimum purses for "fill in the blank" fights.

HBO's reputation for consistent matchmaking also seemed to take a hit when Lou Dibella split to form his own promotional outfit.

As for Roy, he milked his contract for millions a fight against undeserving pugs in a shallow division.

Since then HBO's relationship with boxing has been strictly love/hate.

That's not to suggest that HBO didn't broadcast a bunch of great fights in the 2000's and a few already in 2010 and 2011, but for the last few years, a rarely-seen force has cast its shadow over much of HBO's boxing programming.

Al Haymon began promoting concerts and other music events for A-list talent like Stevie Wonder and the Jacksons in the early-80's. He was steered towards boxing by his brother Bobby, a so-so welterweight in the 1970's, and over time his street cred in the sport was boosted by friendly relationships with former Time Warner CEO Richard Parsons, and Ross Greenburg.

Haymon appears to hold decent sway over what and who is shown on HBO Boxing these - even now rivaling the obscene parternship between HBO and Oscar de la Hoya's Golden Boy Promotions. This is something that's been suggested and widely reported on for a few years now.

Ross Greenburg's resignation from HBO in late July sparked a brand new discussion on the state of HBO Boxing, which has essentially paralleled the state of the sport itself. Upon Greenburg's exit, folks in the industry hoped the slowly bleeding wound would be quickly patched up, but the Boxing After Dark telecast from this past Saturday is clear-cut evidence that it won't be anytime soon.

When the main event, Berto vs. IBF champ Jan Zaveck, was halted in favor of Berto due to swelling and cuts after 5 rounds of respectable action, more than a few pundits and media members threw into the mix the idea that it was because of Haymon's influence, not Zaveck's corner.

However, less mysterious and speculative was highly touted prospect Gary Russell Jr.'s opening bout getting demoted to an 8-rounder, rarely seen on HBO. The scheduled distance didn't matter though, as the bout was little more than an exhibition for the talented Russell Jr. But the knocking off of 2 rounds was presumably to protect his reportedly fragile hands.

Speaking of fragile hands, of the 10 different fights that have been given a lead-up 24/7 series, 5 have have involved Haymon's main man Floyd Mayweather Jr.

HBO would be foolish not to highlight Mayweather on their network though, as the stale, yet somehow compelling chronicling of Floyd's disturbing family and personal life draws good ratings and sparks arguments at water coolers.

In fairness, international star Manny Pacquiao has been featured in 4 himself. But there has been only one 24/7 boxing series that didn't feature either Mayweather or Pacquiao: Joe Calzaghe vs. Roy Jones, almost 3 years ago.

But over the last 4-5 years, a guy like Andre Berto has basically "matured" on HBO, facing the likes of Freddy Hernandez, Michel Trabant, "Miki" Rodriguez, and Norberto Bravo on the support portion of maybe the worst triple-header HBO has even aired - all bouts fit for a show on the level of an ESPN2 Friday Night Fights.

And he was guided to a world title on the premium network, to boot.

Andre Berto has sometimes been good television, but often not. Sporting quick-ish hands and a style that's more flash than substance, Berto performances turned more aesthetically displeasing as his opposition got better. More specifically, the guy who was outclassing and overwhelming opponents earlier in his career began resorting to excessive clinching and mauling to get the job done...and being rewarded for it with more HBO dates.

To pile on, a few weeks before Greenburg's resignation, another Al Haymon fighter was the recipient of possibly one of the worst robbery-style decision wins on mainstream U.S. television in years: Paul Williams over Cuban Erislandy Lara, in a fight where "The Punisher" basically got the crap kicked out of him.

As of now, HBO plans to again showcase Williams, while nary a peep has been heard about Lara's next Home Box Office appearance.

Even though the dust has settled in the wake of the Williams-Lara fiasco, up until that fight, Haymon's squad hadn't been having the greatest year or so.

And Floyd Mayweather? He sounds like a fighter on the edge of a nervous breakdown with every successive assault charge or domestic incident. He's still a huge draw and one of the best fighters in the sport, but he frequently retires and is flirting with serious legal issues for not showing up to court despite being ordered to do so.

Still, on rolls the "Haymon Boxing Organization," as it's been dubbed by a few journalists.


Haymon aside, the broader picture is a track record of bad decisions made by HBO's boxing department in recent years.


There are six more HBO events scheduled for the rest of the year, including HBO Pay Per View. And of those, only one does not feature at least one fighter involved with Golden Boy Promotions or Al Haymon: a "clash" between 160 lb. champion Sergio Martinez and 15-1 underdog Darren Barker.


Cable networks could potentially be a large piece of the jigsaw that is shoving boxing back into mainstream consciousness, but HBO, the former "Heart and Soul of Boxing," is leading the sport straight into the realm of cardiac arrest.


It has been pointed out to me that Erislandy Lara has a tentative date on HBO in November, while there have been no updates pertaining to Williams' return to the network.